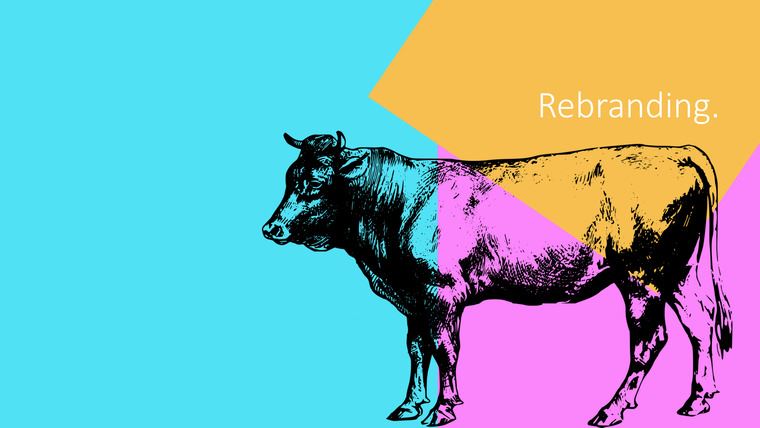 The Best Rebrands: How Did They Do It?

Proper branding and rebranding in particular always require a lot of time, efforts, and a bit of luck. Amazing rebranding gives a company an opportunity to improve the brand perception and attract new customers. Sometimes, companies invest a lot in rebranding but somehow get nothing and instead of counting profits plunge into recession.

The success of rebranding depends on the quality of research, not on your designer's creative skills. If you know exactly what people want, you can give it to them. If you don't know (or if you just think you know) you make your designer work with no purpose. Rebranding without comprehensive research is another name for wasting the marketing budget.

The logo redesign is the most vivid incarnation of the conceptual changes which occur in the company during the major overhaul. That's why we'll illustrate successful rebrandings with particular emphasis on companies' logos changes.

Let’s start straight away with the classics. The “rainbow” Apple logo was introduced in 1976 just before the first color “Apple II” PC was introduced by the company. At that time this logo reflected the uniqueness and technological advantages of the brand. Though, in time, those colors became to fade away together with the former glory of the company. In the mid-90s, when nobody could have already been impressed by a color display or monitor casing, the logo became outdated and even looked childish. Furthermore, after the return of Steve Jobs to the company in 1998 the new philosophy of design based on simple, “light” shapes as well as “cold” white and silver colors was introduced. Together with the change of the brand’s identity, the new logo was designed. On the one hand, it preserved the well-known shape, on the other, it was redesigned and repainted in a way to better fit the new brand identity.

Lesson learned: strive for consistency between messages your company conveys and its design features, as these are things which form the brand’s identity.

At one point, Airbnb faced several scandals, some of which resulted in lawsuits. Some of these scandals became public and the company decided to do a rebranding in order to improve its image. And we have to admit it was done pretty successfully. Just compare the old and the new logo. The difference is stunning. We are 90% sure that the majority of you even didn’t know that once Airbnb had a logo with fat blue letters and without this round shaped triangle resembling an entrance to a small, cozy hut.

Lesson learned: add a unique symbol to your logo and always work with fonts and colors.

Don’t you find it pretty amazing that in the digital era a company producing classical toys still receives billions of USD in annual revenues? Though, things were not always going so well for Lego. At the beginning of the 90s, the company faced a recession and was on the verge of bankruptcy. Making a tough call, the management decided not to give up and conducted rebranding of the company by encouraging its customers to share their Lego creations online. They even adapted their classical logo in order to make it better fit different digital platforms. As you can see, the changes were minor but quite impactful in terms of logo perception. Colors became more intensive while the font was more distinctive which added presence and made the logo transmit confidence.

While trying to attract a younger audience – all those millennials and Generation-Z people, the company introduced the new logo in 2014. According to the results of the conducted research, the company learned that younger people want more variety of flavors, in particular, unusual ones based on the cuisines of different cultures. New generations enjoy diversity and new experiences. So, the company expanded the variety of flavors, rebranded its restaurants by putting the emphasis on diversity and by doing so hit the target. Since the last rebranding, Pizza Hut revenues continue to grow.

The DC Comics company is a near unique business which, besides its commercial success, also has a substantial culture value. Thus, its business model was always about the balance between tradition and development aspirations. This concept is easily traceable in the evolution of the company’s logo. In 2016, DC introduced the new logo which was designed in the best traditions of the 70s - sharp, plump letters and plain design. The new logo design was in-line with the rebirth of some old comics and more traditional approaches to storytelling.

We do hope that these short stories will bring some inspiration and guidance to your rebranding efforts.

Planning rebranding or just want to test your new logo? Or maybe you are searching for the tools to check your brand perception? You’ll need the toolkit of eye tracking, implicit tests and emotion measurement.  Try our platform. Request a demo.