Marketing costs a lot, but still costs less than marketing failures. Any branding or marketing effort applied without prior market research can become a disaster from both and reputational point of view. Nevertheless, sometimes these fails can be very funny. We’ve found several such examples which can not only make you laugh, but also remind you that it’s always better to conduct market research and test things if you don’t want to find yourself in hot water and risking your company reputation. 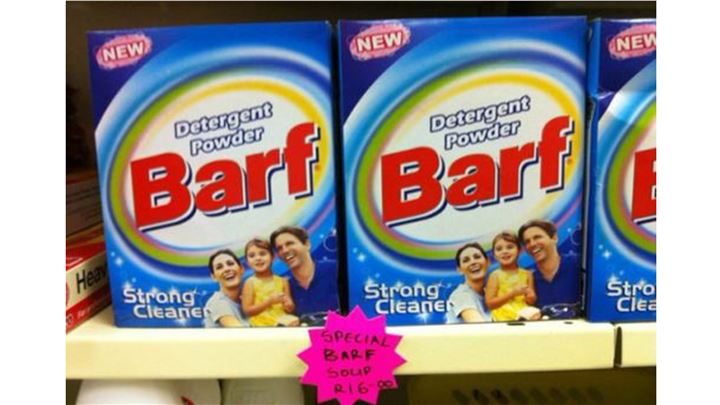 Fancy washing your clothing with barf? It seems that Paxam, an Iranian company producing a variety of consumer goods including this washing powder decided to underline the “high” quality of their product. Or, maybe, as a client-oriented company they tried to give you a straightforward hit on what you can clean with the help of their product. Just in case you are not aware, the word “barf” in English is synonymous with “puke” or “vomit”. Now when you know it, read the pink sticker below the product. For the sake of common sense though we have to mention that “barf” in Farsi means “snow”, which is a pretty good name for a washing powder. 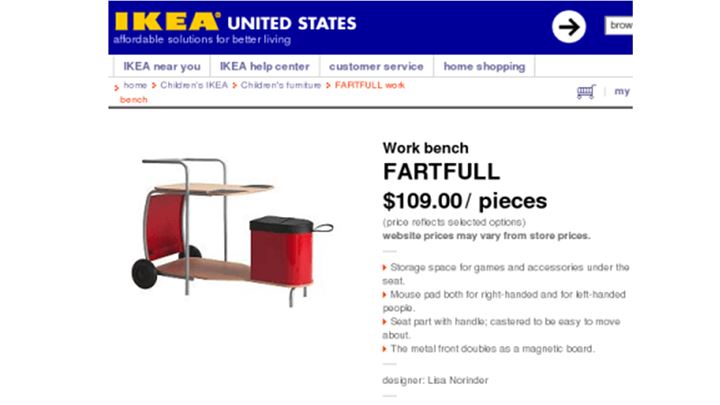 IKEA can be as hilarious as it is practical. In this particular case, they really wanted to attract customers’ attention to the practicality of their product but instead made people laugh a lot. Marketers tried to play with the German language where the word “Fährt” means “speed”, which is pretty applicable to this piece of furniture as you can easily move the table around thanks to attached wheels. But sorry IKEA guys, we really don’t think that somebody cared about those ergonomic wheels after reading the name of this product. 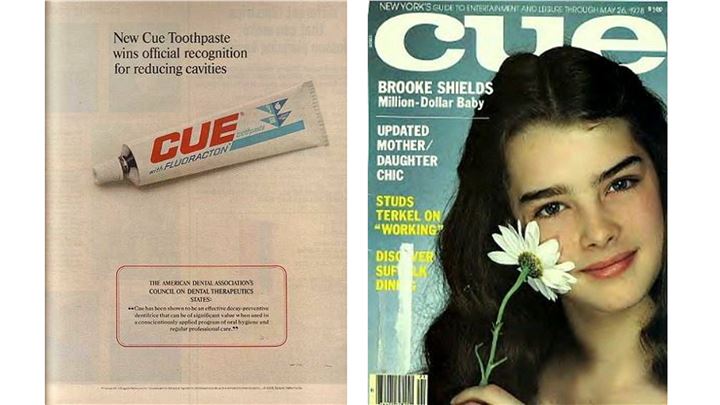 Colgate, a well-known producer of dental care products, once launched new toothpaste in France which was remarkable due to its medical qualities, the convenient size of the tube, and the name. The thing is that when the “Cue” paste was presented, the world “Cue” was already well-known to French consumers, as one of the most popular erotic magazines in the country had the same name. Only the company’s marketers know whether or not they conducted any market research before the product was launched, but we bet they could negotiate a good discount for advertising this product in the like-named magazine. 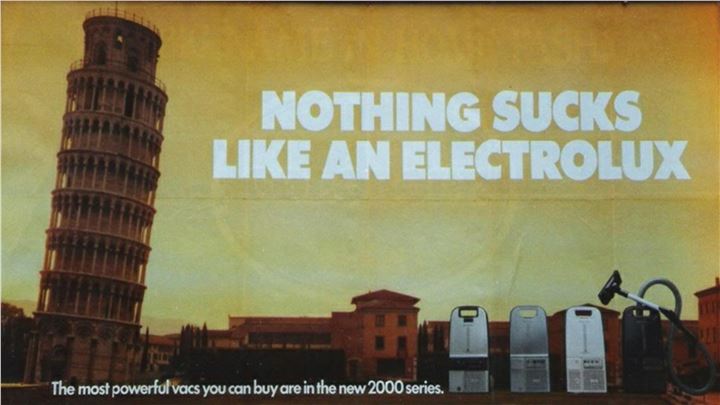 Sometimes brands get really critical about their own products. Once, Swedish manufacturer of household appliances Electrolux marketed their new line of vacuum cleaners in the USA. It seems that they were so assured of the perfection of their products that they decided that even a self-accusation slogan won’t affect their reputation. What we can say, you have to be a really tough Swedish guy in order to abuse your product in an advertising campaign for which you paid a bunch of money for. 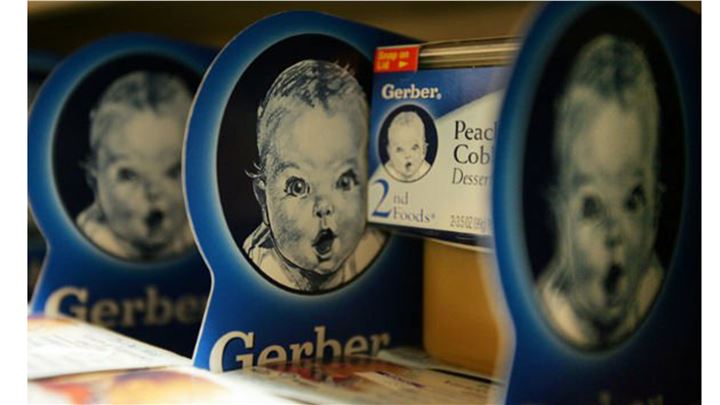 Gerber Products Company is a well-known US manufacturer of child nutrition. From the first glance at their products, you can understand that guys are pretty good marketers as the color choice is accurate and they have this cute little baby staring at you from the packages. Pretty sweet, isn’t it? Yes, but not in case of the African experience of the company. In Africa, due to its historical peculiarities of development, the illiteracy rate is quite high, that’s why companies try to illustrate packaging with stuff the products are made of. So, instead of bringing baby food to Africa, Gerber brought food made of babies… We bet that baby food containing raspberry, strawberry or other red-colored berries was not among the company’s bestsellers on the African market. That’s why you should always be mindful of cultural differences when entering new market. What may be perceived as “sweet and attractive” in one country, can be pretty grim for consumers in another. 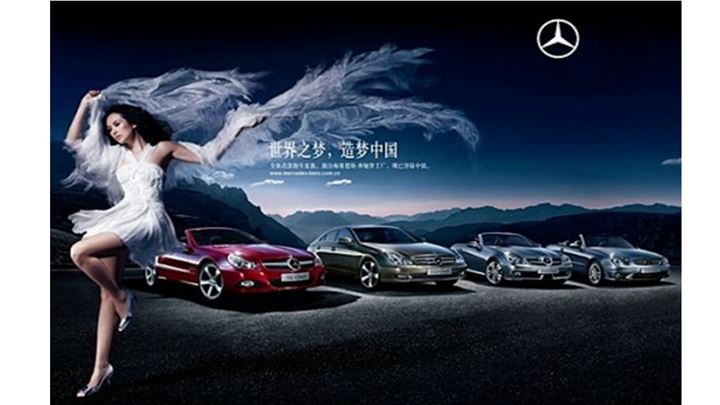 Hilarious mistakes can happen, even to such big brands as Mercedes-Benz. When the company entered the Chinese market, its marketing department adapted the brand’s name in a way to make it resonate with Chinese language and culture. As the result, “Bensi” was born and it really resonated with Chinese customers, but probably not in the way the company expected, because “Bensi” means “rush to die” in Chinese. We wouldn’t be surprised if Iggy Pop’s “In the death car” was on the list of tracks for the brand’s Chinese video commercial. Like, watch this or this. Definitely, guys from Stuttgart have some issues with the topic of after-life.

7. Family values as seen by Pepsi 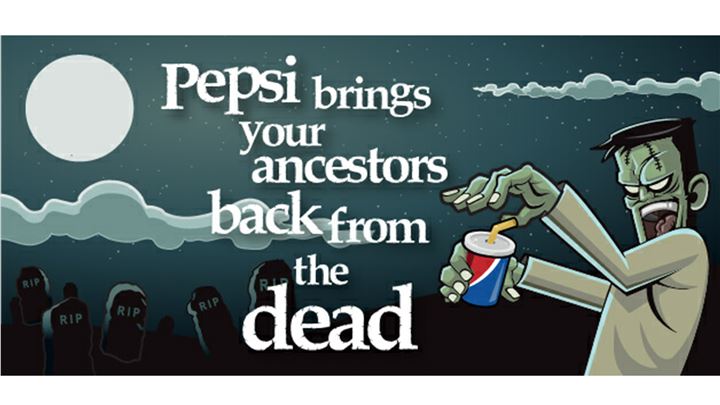 Here is another funny branding fail from China, this time courtesy of Pepsi. One of the company’s marketing campaigns contained the slogan “Pepsi Brings You Back to Life” which was translated into Chinese as “Pepsi Brings Your Ancestors Back from the Grave”. A pretty specific audience was targeted by the brand in this marketing campaign. We wonder what the KPIs were. 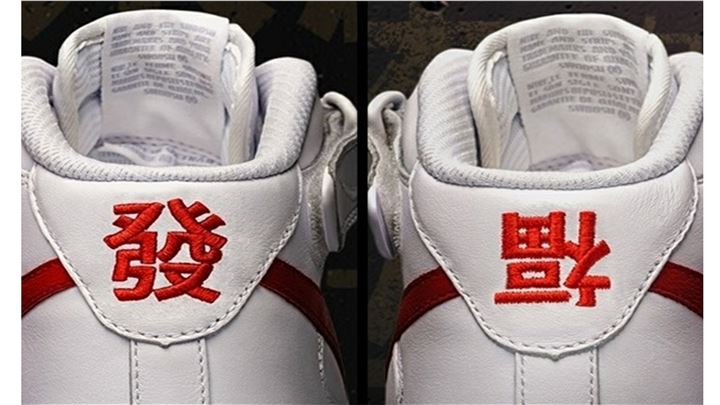 Let’s continue with global brands in the Chinese market and talk a bit about sports. Everybody knows Nike – from fashionistas in LA who buy sneakers for $1000 to 12-year-old children in Bangladesh who produce them for $30 per month. But the brand is only famous not only for its stylish products and employment policy, it’s also well-known for its outstanding marketing, including some funny branding fails. In 2016 the company presented new Special Edition Air Force 1 sneakers which could be customized with two hieroglyphs 發 (‘fa’) and 福 (‘fu’). When read separately they mean “prosperity” and “luck”, but put them together and you’ll receive a pretty different message – “Get fat”. That’s exactly the motivating slogan you want to see on a pair of sports shoes! 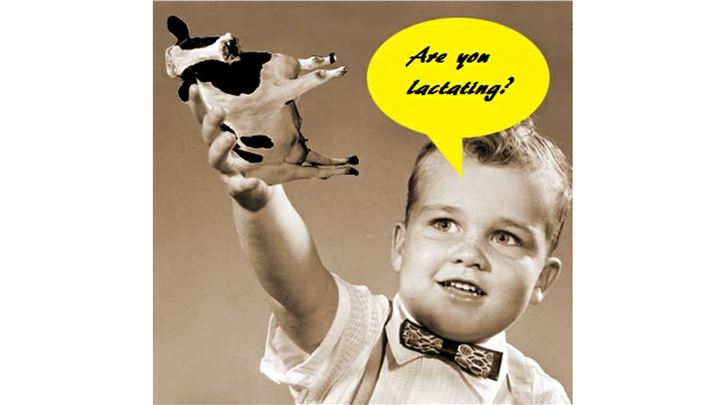 This one may be the last on this list, but is definitely not the least hilarious. Dairy Management Inc. the owner of the brand American Diary Association which at the beginning of 1993 launched a revolutionary advertising campaign “Got Milk?” and achieved truly fascinating results in the promotion of milk consumption, is also famous for its hilarious translation failure. When the “Got Milk?” campaign was launched in Mexico, it was translated as “Are you lactating?” We are pretty sure that the brand’s target audience considerably shrunk in the country as the message could appeal only to certain groups of mothers.

So... do you see how vital is this to do market research before launching any new product, especially in foreign markets? You should be careful with elements of brand management. Developing the research-based brand marketing strategy is essential for a success of this brand on the new market. Ask consumers, test them with all available tools and methods, as thanks to modern technologies they have become much more accessible both in terms of cost and user-friendliness.

8 Things to Know about Biometrics Impact on Marketing

How to Build a Successful Digital Marketing Campaign